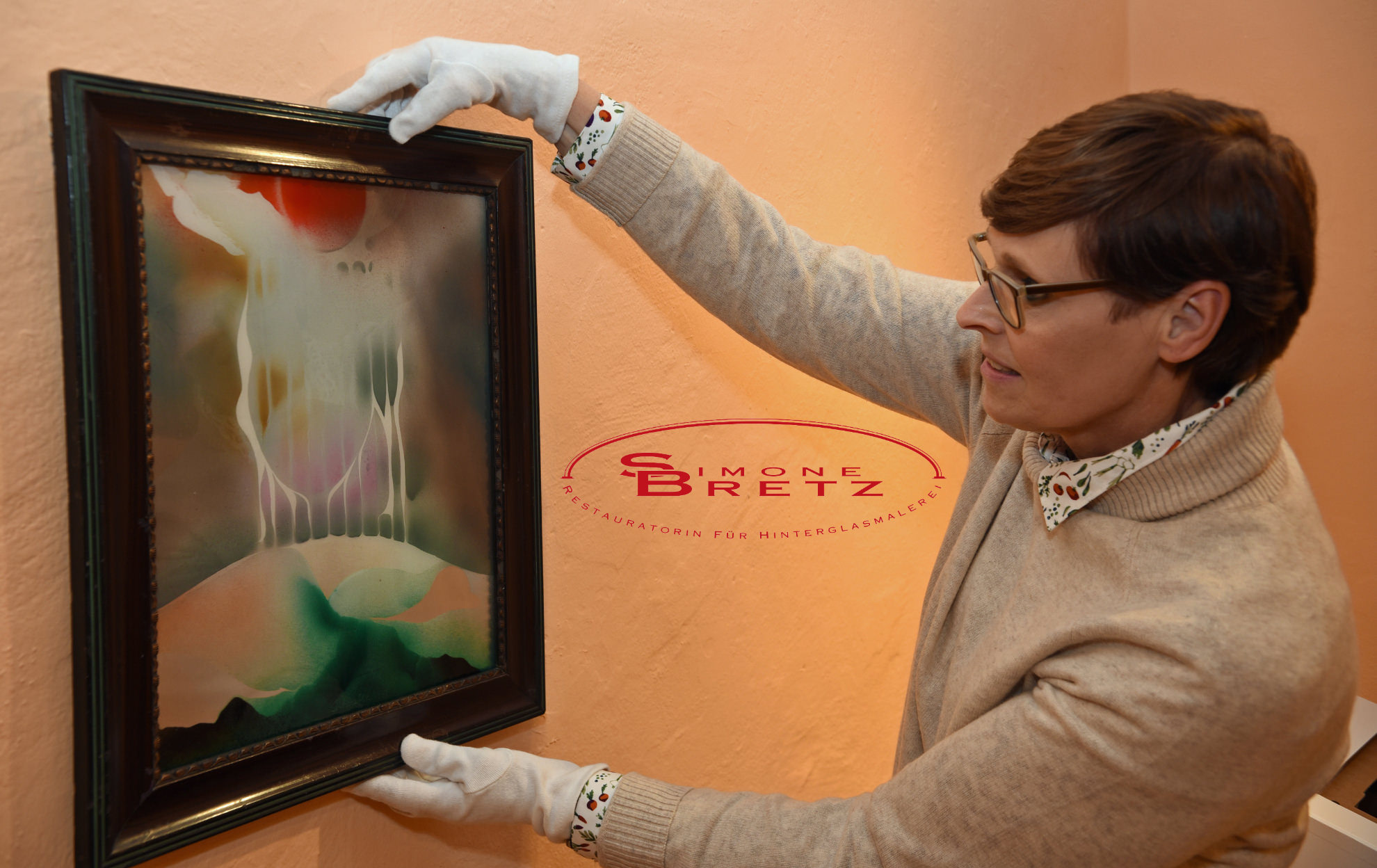 „ „All 3 … we paint glass pictures. I really don’t know of any nicer work.
Unfortunately the stuff is just so fragile.”

A conservator is engaged in the conservation and restoration, i.e. preservation and repair, and in the scientific and technological research of art objects. This kind of work is featured by respect for the original artwork, its creation and history.

Reverse-painted glass is generally known by the German term „Hinterglasmalerei“. The production and high quality of reverse paintings on glass became widespread and the output was much greater than is generally recognized. The art form has not made an impression on the history of art: glass paintings in museum collections are not prominently displayed, most are kept in storage.

The beginnings of Hinterglasmalerei can be traced back to ancient times and flourished between 1550 and 1850. It became incredibly popular thanks to its bright colours and the shimmer of the glass. Originally an exquisite form of art created by master craftsmen for the wealthy, it later became a folk art genre from 1750 onwards until it has lost its importance around 1850 due to cheaper colour prints. The technique of reverse glass painting was rediscovered by the artists of the Blaue Reiter collective in the early 20th century. In the 21th century artists use this medium for themselves, even if the depiction, materials and technical varieties changed.

As a free-lanced conservator since 1985 I am specialised in the conservation and restoration of reverse paintings on glass. I have worked for a number of museums and private collections in Europe and the United States and have restored pictures from the 14th to the 20th century.